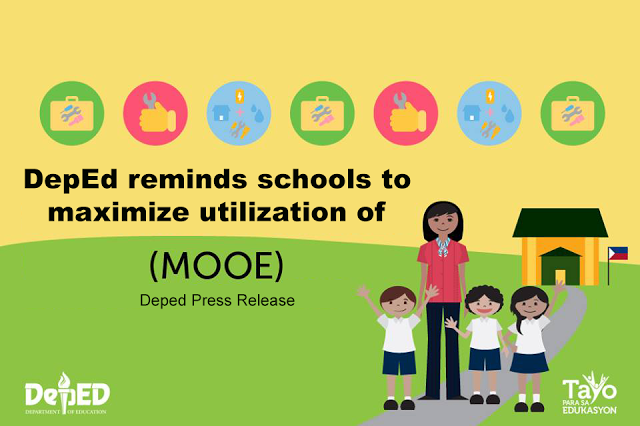 PASIG CITY, December 1, 2017 – Department of Education (DepEd) Secretary Leonor Magtolis Briones encouraged all teachers to report incidences of when and why they had to shell out personal money for expenses that should have been covered by the Maintenance and Other Operating Expenses (MOOE).

As the Department eyes further increase in MOOE next year to raise the capacity of schools to provide the necessary supplies, support learning programs, and maintain a safe and healthy environment for learners and teachers, the Secretary issued the reminder in light of the concern on out-of-pocket spending of public school teachers.
The fund has long been in place to prevent out-of-pocket expenses of teachers. In 2018, the MOOE may see an increase of up to P347.723 million, which will also aim to cover the teachers’ annual physical exam (APE).

Undersecretary for Finance-Budget and Performance Monitoring Annalyn Sevilla backed the Secretary’s call: “We have learned that there are some teachers who are spending for the things that their schools need and charge it to their salary, hence, it affects their take home pay. If you know any teachers who are doing this, please tell them to stop because we have funds for school needs.”

As highlighted in DepEd Order No. 13, s. 2016 (DO 13), the MOOE annually allocated to public elementary and secondary schools must be utilized to: