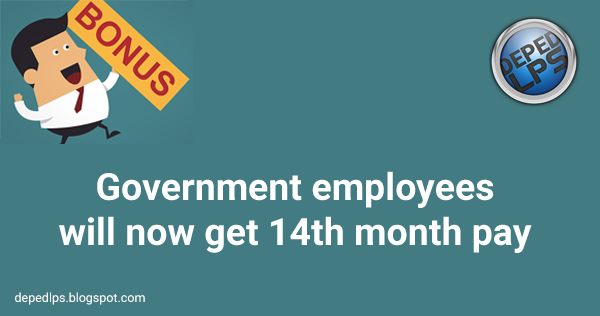 (CNN Philippines, May 11) — All government employees will get a mid-year bonus beginning on May 15.

The bonus will be equivalent to one month’s basic pay, and will be given on top of the 13th month bonus employees already receive every December.

According to Budget Circular 2017-2, dated May 8, the bonus will cover all civilian, uniformed and military personnel – as long as they’ve been in government service for at least four months of service since July 2016.

Employees from from government-owned and -controlled corporations are excluded. Personnel with no employer-employee relationship with their government agency will also be ineligible for the bonus. This includes experts, consultants, interns and those on job orders.

A total of P32 billion has been set for the payout, Budget Secretary Benjamin Diokno said in an interview on Thursday, with P26 billion going to civilian personnel and P6 billion to uniformed and military personnel.

While it’s a significant amount on its own, Diokno said it accounted for little of the P3.35-trillion national budget. Besides, it’s a worthy investment to boost morale in government.

“You have to give people a decent salary,” he said.

More importantly, this should help attract and retain talent in the public sector. Diokno explained, “We need to move closer towards what the private sector offers. There, even a 15th month or 16th month pay is the norm.”

In previous years, the government only granted a yearend bonus. The 13th month pay was divided into two chunks throughout the year: one half in May for the enrolment season, and the other half in December for the holidays.

Now, employees will get a full 13th and 14th month pay for May and December, respectively.

More than the mid-year bonus, government personnel can also look forward to succeeding increases in salaries through the Salary Standardization Law. The hikes began in 2016 and will continue until 2019.

Department of Budget and Management studies show, the mid-year bonus and the salary hikes together should bring government pay close to 70 percent of its private sector counterpart.

Uniform/Clothing Allowance Update as of April 5, 2019