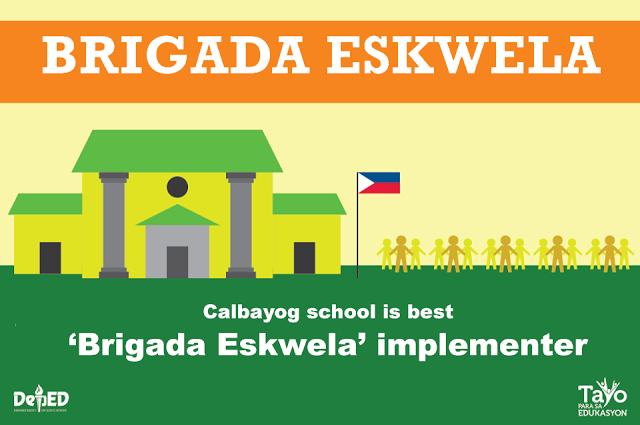 School principal Calick Arrieta was elated for the recognition in the implementation of Brigada Eskwela, where the school earned PHP3.7 million worth of financial assistance and labor extended by parents and other stakeholders.

“This only shows the importance of the partnership and cooperation that we have been practicing in our school with the parents and other stakeholders,” Arrieta said.

The school is the only secondary school in the Eastern Visayas region that received the distinction under the mega category. Listed in the category are schools with 51 or more teachers.

“For the past 11 years, this is the first time the school received said distinction and we are very happy. We offer this award to everyone who has been an active partner of our school,” the principal said.

Arrieta noted that the recognition has inspired them to continue their efforts to strengthen their networking with other agencies.

The national awarding for this year’s Best Brigada Eskwela implementers will be held in Puerto Princesa, Palawan on December 15.

For the past years, the city government have been extending PHP5,000 each to 198 elementary, secondary and senior high schools for school preparation program.

The annual Brigada Eskwela is the National Schools’ Maintenance Week that aims to bring together all education stakeholders to participate and contribute their time, effort and resources to prepare public school facilities in time for the opening of classes. (PNA)