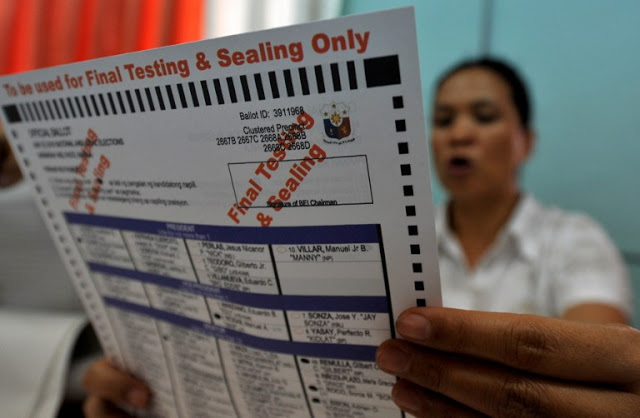 ACT Teachers Representatives Antonio Tinio and France Castro warned Congress on another postponement of the barangay and sangguniang kabataan (BSK) elections to October 2018, saying that this is “another ingredient in the charter change and dictatorship which the Duterte administration is cooking.”

The proposal, approved on committee level yesterday, plans to hold the BSK elections simultaneously with the plebiscite for the approval of the new constitution.

“If passed by Congress, this would be the third time that the BSK elections would be suspended. This is strike three in favor of term extension of incumbent barangay and SK officials, but against democracy and sure mandates for local leaders,” Tinio said. “This is another indication that the administration is so eager to fast track the proposed charter change.”

“Lawmakers behind this proposal allege the inclusion of 9,000 barangay officials in the President Duterte’s ‘narco list’ and convenience and savings if the BSE elections and the plebiscite are held simultaneously. These are merely pretexts to forward their ultimate agenda: their charter change which in turn paves the way to this administration’s dictatorial aims,” he added.

“Incumbent barangay officials who were invited as resource persons in the committee meeting yesterday are obviously in favor of postponement as it would benefit them with another term extension,” she added. “We did not hear from other stakeholders who have been voicing out their calls to have barangay leaders to have fresh mandates, and an end to the unlimited extension of terms in the barangay level. We see no other reason for the postponement of the barangay and SK elections but for term extension and a guise for the Duterte administration’s charter change.”

“Another postponement of the barangay and SK elections would be a denial for the people’s right to suffrage and elect their barangay and SK officials. What is worse is that they keep on postponing it to pave way for the Duterte administration’s dictatorial trend,” Tinio said. “Who stands to gain in these postponements? Clearly, it is not the Filipino people but those already in power. We will not let tyranny pervade in our society and we will fight the emerging dictatorial aims of President Duterte.”