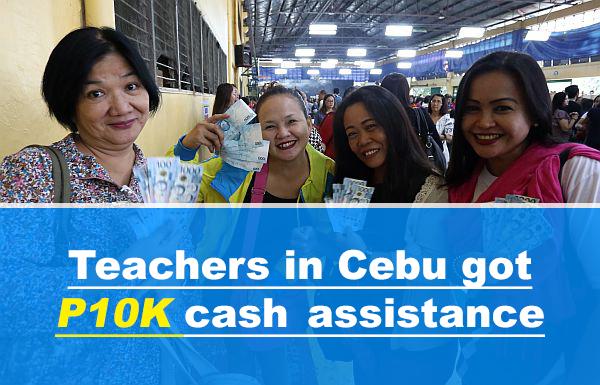 They may have received only half of the P10,000 annual cash aid from Cebu City Hall but these teachers still have a reason to be thankful for small graces.

“They are eligible to receive the P10,000 from City Hall’s teacher’s cash assistance program,” Antonio said.

But some teachers had their cash aid cut to half after they received the 2015 cost of living allowance (COLA) disallowed by the Commission on Audit (COA). Antonio said those who received the COLA only received P5,000.

The P5,000 deducted by City Hall will serve as partial payment for their COLA. Based on City Hall’s master list, not all the teachers got their allowance yesterday.

Antonio said those who were unable to receive the cash aid yesterday can still get their cash assistance until Dec. 22 next week.

“As per procedure, we can still give their cash assistance for one week,” Antonio said.

Antonio said if they cannot get it within that week, it will be processed next year. “It will take time to process it,” she said.

Schedule of the Administration of National Assessment of Student Learning for...