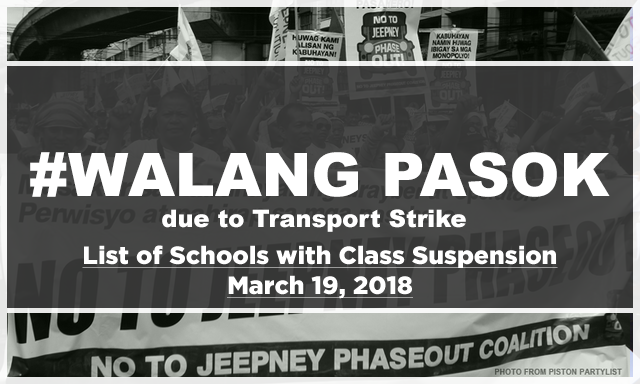 Class suspensions for Monday, March 19, were declared in several schools in and around Metro Manila due to a nationwide transport strike against the government’s jeepney-modernization program.

As of 11:45 p.m. on Sunday, classes were declared suspended in the following places:

Protest actions would also be held at the Alabang Viaduct, Monumento Circle, Novaliches-Bayan, and Anda Circle in Manila, he said.

(This is a continuing list. Please refresh the page for updates.)

Teachers ordered “not to go to school anymore” – DepEd